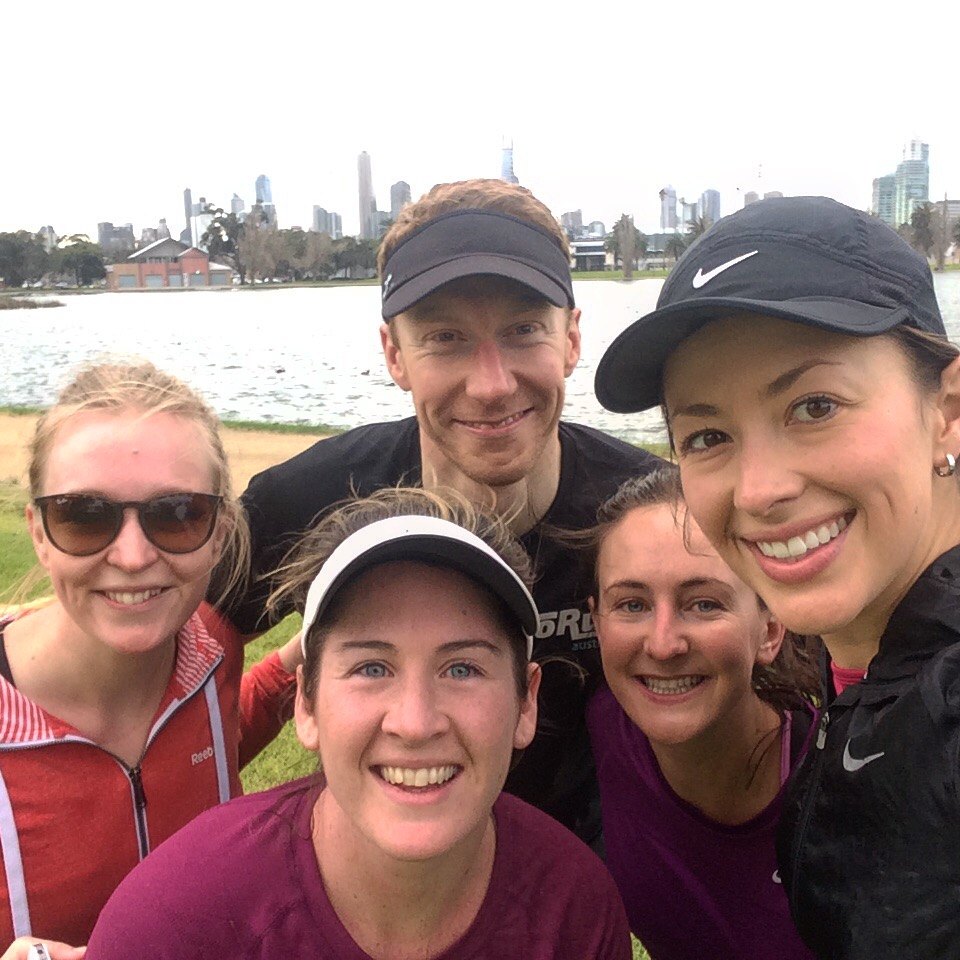 Benefits of a Running Coach

After an extended rest from running (9 months) following a constantly niggling Achilles tendon injury, I decided to slowly start back again in June this year to test it out. I had spent 6 months doing a strength training program and felt much stronger and more stable around hips/pelvis, which had definitely been contributing to my achilles injury. After a few weeks of slowly building up some distance and recovering well, I decided to enter than half marathon at Melbourne Marathon festival, to keep me motivated to continue running.

In August, 10 weeks out from the race, I decided to enlist the help of Chris from GoRun Australia to develop a more structured training plan. I had participated in a running group session led by Chris a few weeks earlier and after experiencing his enthusiasm for running and his professionalism in helping others get the most out of their running, I knew he was the right person to help me with a training program.

Chris adapted my training program around my work, interstate travel and other activities such as pilates/yoga, so I felt my program was very personalized. He also took into account my irritable left Achilles’ tendon and my preference for only running three times a week, to allow it enough time to recover between sessions. My achilles hated any speed/interval sessions so Chris adapted these to tempo runs involving a longer warm up, and this proved much better. By the end of my training program I was running 2 hour long runs and waking up the next day with zero pain or stiffness in my Achilles….something I hadn’t managed to be able to achieve in over a year!

I had previously run 4 half marathons before the one in October 2015, and each race previously I had hit the wall around 18km. My training programs had only ever included one 18km run, as everyone had always told me I only need to run that far prior to running a half. This time around Chris’ training plan had me run one 17km really hilly run (sydney), two 18km runs and a 20km run, so mentally I felt a lot more prepared for the distance and I really felt this helped build strength in my legs.

Leading up to race day I really wasn’t sure I could pull off the time I wanted (1:50) as all my long training runs had been so much slower than this. But I kept hearing Chris’ voice saying “trust in the process, that’s what the tempo runs are for”. I also ran a lot less in taper week than I had previously and ran the day before the race (just 15mins), and both of these things were different to previous races. The run the day prior really helped loosen me up and I felt a lot more relaxed afterwards.

On race day my brother (doing his first half) and I decided to start together as we both planned on trying to stick to 5:10 pace. By 10km we were bang on 5 minute pace and I started getting worried we had gone out too hard! We continued on at 5:10 pace, and by the 18km mark although I was feeling it in my chest amazingly my legs were coping and even managed to maintain pace up the hilly bridge across to the MCG at the 20km mark.

We crossed the line at at exactly 1:48 and I couldn’t have been more stoked! 4 minutes off my previous melbourne half marathon two years prior! And the best bit was I had no achilles pain during or after the race ?? my physio brain was rapt!

For me having a structured running program and regular schedule really suited my personality and also being accountable to someone meant I only missed one run out of 10 weeks. I have no doubt this consistency of training led to me achieving a PB time on race day. Initially my goal was to just be able to run 21.1km with no achilles issues, but by the end of my training program I was pretty keen to try and run faster than my previous time. Both goals achieved ✔️

I highly recommend Chris as a running coach, not only can will he tailor a program to fit in with your work schedule, travel and injuries, his passion and attention to detail makes him the perfect choice to help you achieve your running goals.