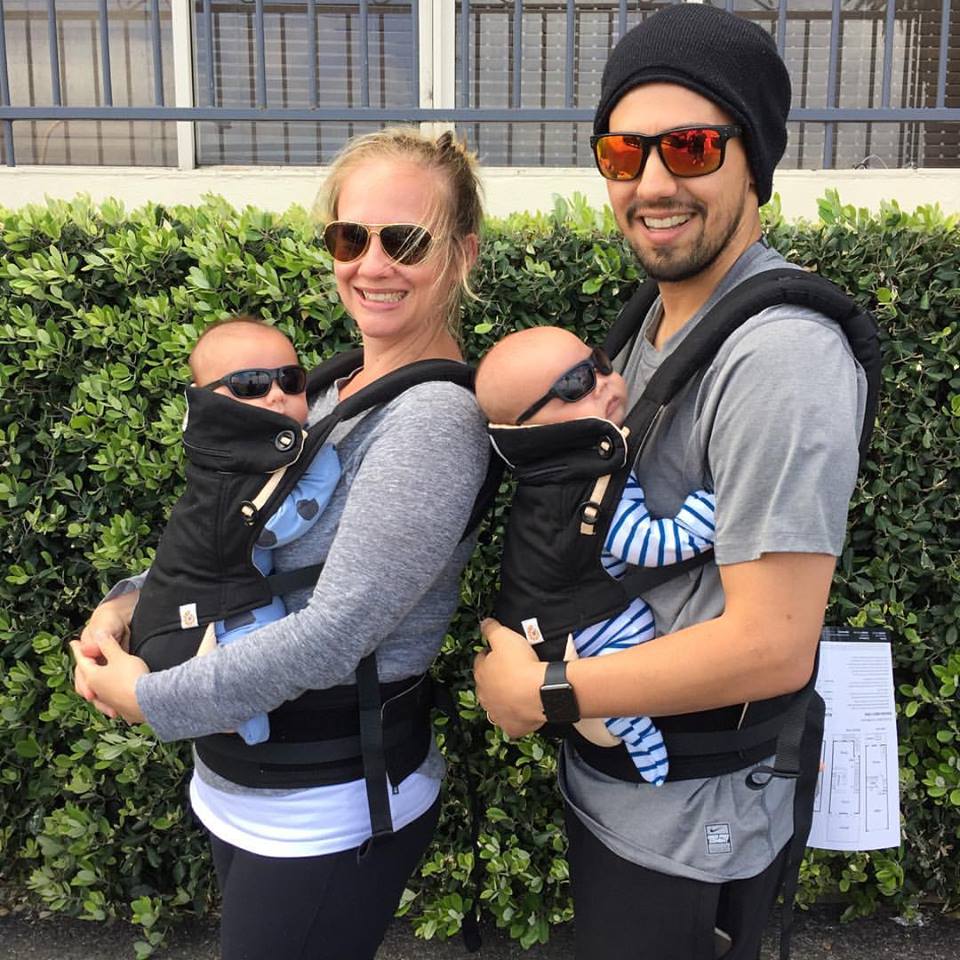 From fractured spine to pregnant with twins- a tale of recovery

Lisa Carlin has been a long term client at PMPP and kindly agreed to answer some questions from Sheree about her injury and recovery following a horse-riding accident in 2011. We are so proud of Lisa’s determination and hard-work and her amazing recovery is a testament to how following a structured rehabilitation program and putting in the hard yards pays off. Lisa is now a mum to two beautiful twin boys and this is her story…

Q: How long have you been doing Pilates?

A: I have been doing pilates for over 5 years now, since February 2011.

Q: Why did you start doing Pilates?

A: I started doing Pilates due to niggly back pain caused by 2 disc bulges in my lower back. Within a couple of months I noticed improvement to my back pain.

Q: Tell us a little about your accident and your injury

A: Unfortunately, in June 2011 I made the decision to go on an instructor-led trail horse ride in the country. My horse bolted, I fell off and ended up with a burst fracture of my T12 vertebra as well as a fractured coccyx. I was taken to hospital by ambulance however did not receive appropriate care or scans there and my injuries went un-diagnosed. Once I went to a different hospital I was told that the injury was extremely precarious and I was lucky that it had not worsened due to the fracture being missed initially.

Q: What was your recovery like after the accident?

A: My recovery was slow. For 12 weeks I wore a Boston Brace day and night. My only exercise was to walk around the block once each day. I was having regular scans and appointments to check that the fracture was stable.  I remember my orthopaedic surgeon warning me early on that my core would be extremely weak once I was able to take the brace off, so I used to lie in bed or on the couch tensing my stomach muscles in the hope that I would retain some strength. However I was still shocked by just how weak my body was once the brace came off. I could not lift a 2L carton of milk! Once given the all clear by the orthopaedic surgeon I started hydrotherapy, and then about a month later I recommenced Pilates, one on one for a little while and then back into classes. I gradually increased the amounts of Pilates and walking I was doing, however I would say it was at least 18 months from the injury until I was back at my pre-injury strength / fitness.

Q: What was the most difficult part of recovery?

A: I would say that the most difficult part of my recovery was the ongoing pain & weakness following the accident; and dealing with the fear of re-injuring myself (I think being told I was almost paralysed had a lasting impact on me!).

Q: What were some key factors that assisted your recovery?

A: One of the key factors was that I took things slowly (which was difficult) and made sure I was being given the best guidance possible by professionals that I trusted.  I believe a key factor in managing back pain & injuries is to accept that the rehabilitation process does not end when your injury / pain has healed… backs need ongoing care & strengthening.

Q: You’re now a mum to 2 gorgeous boys. How did you manage during pregnancy with your previous injury history?

A: Being told I was pregnant with twins was terrifying. I was terrified of how my back would cope with carrying a huge twin baby belly. Luckily I was the fittest and strongest I had ever been when I fell pregnant & I was assured by my obstetrician as well as both Sally and Sheree that my back was strong enough to handle everything. I continued training with a PT and did Aquamums until about 28 weeks, walked most days, and continued Pilates twice a week until 35 weeks (one week before I had the boys!). Exercising up until 35 weeks pregnant with twins was not easy and I am proud that I continued for so long! I managed to get through the whole pregnancy with minimal back pain. I am certain I would have had a very different pregnancy had I not being doing Pilates both before and during my pregnancy. I had the boys at 36 weeks gestation & a few days later the midwife checked my tummy & I had a 3cm separation (which I was told is good for twins!). At my 6 weeks check up this had gone down to 1cm & I was given the OK to start exercising again, so I returned to Pilates and exercise 7 weeks after having a caesarean. Now at 8 months post-partum I can proudly say that I am fairly strong and fit again. I think carrying around two babies that weigh close to 10kg each helps!

Q: What is your advice to pregnant women suffering back pain?

A: Speaking from my personal experience I believe that gentle exercise both before and during pregnancy is vital to staying strong during pregnancy. However, I realise that not everyone is able to do this and that there are certain conditions during pregnancy that require rest / no exercise, so I would always recommend speaking to your obstetrician and physiotherapist first.