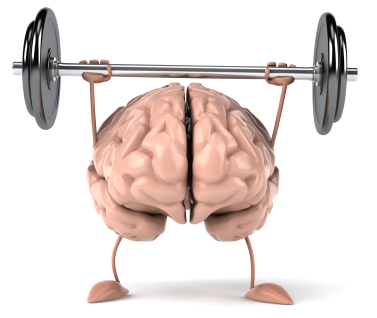 We’ve all heard the saying, ‘’It’s like learning to ride a bike’’. But what is it that allows us to pick up a skill we’ve previously learned but haven’t practiced for months or years. The long-lasting memory for learned skills, is often known as muscle memory. 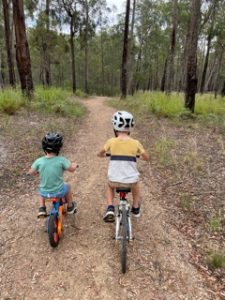 What is muscle memory?

Even the simplest everyday actions involve a complex sequence of tensing and relaxing many different muscles. This allows our joints and body parts to move in desired sequences. For all of our learned everyday tasks, actions have been repeated and practiced over and over during our lifetime. With practice,  we perform these actions more smoothly and more accurately. Simple tasks such as learning to clap, to point and to sit upright, aren’t skills we are born doing. We learn and develop even the simplest motor skills.

More complex actions may take more coordination and balance. They will also require more practice. Overtime more complicated actions such as riding a bike or learning a musical instrument, can also be learned. In time we can perform them almost automatically and without thought. We can also often remember how to perform the action after a break from practicing.

Our muscles are responsible for physically moving our bodies. The processes that are important for learning and memory of new skills however, occurs mainly in our brains, not our muscles. 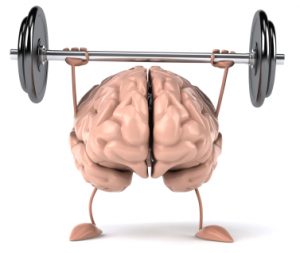 There are many changes that occur in the brain during skill learning and memory. These changes alter the information that the brain sends out to the muscles, thereby modifying the movements produced.

What part of the brain controls memory and movement? 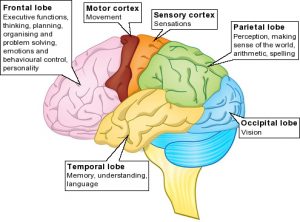 But what happens to these regions when we learn something new? And what is it about these changes that allow improvement and memory for skills?

How does brain structure change when we memorize a skill?

Using magnetic resonance imaging (MRI), researchers can study the many different types of changes that allow us to learn and remember a motor skill. One of these changes involves increasing the connections between the different areas of the brain that are required for a particular skill.

For example, studies have looked at healthy adults before and after 6 weeks of juggling training. Results have shown increases in connections between regions of the brain responsible for vision and for making movements. The increased connections results in faster and improved sharing of information. This may result in greater hand-eye coordination. Studies have also shown changes in the neurons in parts of the brain that are involved in the processing of visual information about moving objects.

Learning of new skills also results in changes in the primary motor cortex. This area of the brain is responsible for causing actions. Cells in this area make connections with other neurons that travel down the spinal cord to the muscles of the body and cause them to contract. We can study how different parts of the motor cortex connect to muscles using a technique called transcranial magnetic stimulation (TMS).

Research using TMS has discovered that ‘representations’ of the muscles of the body in the motor cortex vary between individuals depending on their use. For example, a guitar player will tend to have larger areas representing their left hand. Having a larger representation, allows a greater number of connections from the brain to the muscles of the hand. This could perhaps allow for finer movement control.

What changes in brain function occur?

MRI scans can also be used to look at brain function and activation when performing different tasks. Studies have shown that at the very beginning of learning a new movement there is a large amount of activity across the brain. This is particularly evident in an area known as the pre-motor cortex, which is associated with movement planning. High levels of activity are also seen in the basal ganglia. This is an area normally active during movement initiation.  When learning a new skill, each action has to be planned and thought through, resulting in these areas of the brain being so active. After repeated practice of the action, it becomes a more effortless and automatic skill. The activity in the pre-motor cortex and basal ganglia decreases. Other areas such as the motor cortex and the cerebellum remain active even when the action has become more automatic and learned.

What does this all mean?

There is no doubt that with practice we make changes to the muscles themselves. It is brain structure and function however, that allows our muscles to easily remember how to perform a task. When learning a new skill our brains are making many changes and adaptations. Without muscle memory or rather skill memory, none of these tasks would be ‘as easy as learning to ride a bike’.

Now we’re not suggesting you should always expect to pick up where you left off. We all too often see clients who injure themselves thinking they can sprint 100m as fast as they did 20 years ago. Or play a game of footy or netball like they did back in the day. Our strength, endurance, fitness, coordination, balance etc. are also key factors in skill performance. But remember that our bodies are capable, and with practice, skills that were learned many moons ago can be remembered. Back to the example of learning to ride a bike.. Before getting back on the saddle, we need to ensure we have adequate balance and the physical strength and endurance in our muscles to perform the task. However, once we dust off the cobwebs, the skill once learned can be more easily remembered thanks to skill or muscle memory.

Cervicogenic Headache: A pain in the neck!

What are they? A Cervico-genic headache (CGH) is a headache that literally comes from your neck! Neck joints can cause