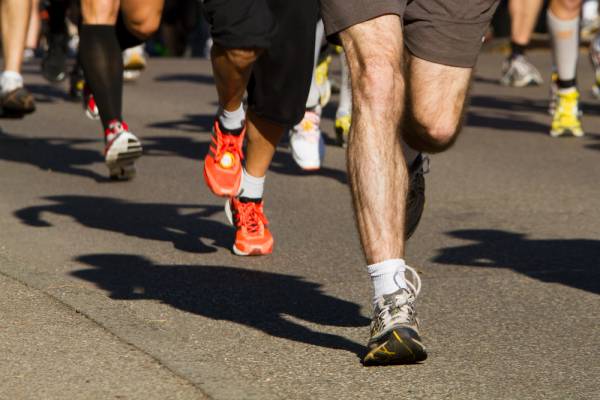 Running: Heel or Toe- Yes or no?

Do you suffer from lower limb injuries related to running? Will changing your technique help alleviate your pain? Will it make you run faster or be more efficient? These are all questions debated in the running community, and questions we’re asked by patients who present with impact related injuries.

So what is forefoot or rearfoot running?

Forefoot running refers to runners that land on the ball of their foot when contacting the ground. In forefoot running the heel stays off the ground during the entire contact phase. Heel or rearfoot strikers contact the ground with their heel then proceed forward onto their forefoot as they push off. Midfoot strikers land somewhere in between. These runners usually mix up how they land depending on terrain, speed and shoe type.

Approximately 80% of us recreational runners strike the ground with our heel first. Almost all sprinters strike the ground with their ball of the foot. The majority (but not all) of elite runners have also been found to be forefoot or midfoot runners. So a burning question is, do elite runners become elite because they are good forefoot strikers, or are they forefoot strikers because they are running faster?

Generally, when running, you spend less time in contact with the ground as your speed increases. Forefoot striking is therefore a necessity rather than a choice for middle distance runners and sprinters. This biomechanically allows them to run at greater speeds. Similarly, elite long-distance runners are travelling at such great speeds that biomechanically they often need to be forefoot runners. For the rest of us recreational runners, there is no evidence to suggest that changing technique will make us faster or slower over a longer distance.

Is forefoot or rearfoot running related to injuries?

Both types of running cause impact forces on the body, thus potential injury. Rearfoot striking is associated with greater immediate impact forces upon contacting the ground. This can lead to an increased likelihood of tibial stress and ankle injuries. Rearfoot strikers do a relatively large amount of work at the knee joint as their weight is distributed from heel to toe. The resultant biomechanics places more stress on the quadriceps and patellar tendon complex, with more patellofermoral pain as a result. Forefoot strikers generally place higher loads on the calf and Achilles musculature. Forefoot running requires greater calf strength and can often result in overuse injuries, calf strains and Achilles tendinopathies.

Since a forefoot striker places more strain through the Achilles, someone suffering Achilles tendinosis may benefit from spending some time in mid-foot or heel striking when initially returning to jogging. This can decrease the overall load on the Achilles. A similar rationale could be used if you’re a knee pain sufferer. You may get some relief from with a forefoot striking pattern.

Having said that, care needs to be taken not to replace one injury with another injury by changing running technique. If you do decide to change technique, do it slowly with gradual progressions over several months! A simple way of modifying whether you rear or forefoot strike is changing your cadence (or number of steps per minute). Someone with a slow cadence and long stride length will generally strike the ground with their heel as their front landing leg is stretched out in front. Increasing cadence or decreasing step length will result in a midfoot or forefoot running technique, as the ankle is positioned under or just in front of the hip joint during contact.

So Heel or toe?

If you are a forefoot runner and it is working, stay a forefoot striker. Rearfoot runners without injuries,  should keep heel striking. If you are going to switch, take time to adapt your technique. World class runners are not efficient or faster because they run on their forefoot; they run on their forefoot because they are efficient and running at greater speeds. If yout lack the strength, biomechanical efficiency, and conditioning to develop a forefoot strike pattern, you are more likely to injure yourself if you try changing your technique.

To book a running assessment, chat to our physiotherapist Lucy Bowden who can give you great advice on your running technique. If you’re interested in running coaching speak to our resident guru Chris White from GoRunAustralia https://www.gorun.com.au/

All the best with your running 🙂